Curious is to say that Bison is a local meat in Perigord, but, David Soulié took the initiative and the desire to (re) introduce the animal in Miallet a few years ago now (you know it is a buffalo depicted on the walls of the caves of Lascaux ...)

And as Château le Verdoyer enjoys working with local producers, the Bison became a staple of our menu.

Bison is tender meat, low in fat, good for health because it is rich in protein, which will cook faster than beef.

It is cooked rather rosé, accompanied by green beans or potatoes.

Bison and Fruit Kebab : For 4 persons: 16 cubic Bison pieces from about 30 to 40g piece. Dried apricots and figs. Salt & pepper.

Assemble the kebabs by alternating meat and fruit

Grill the kebabs for colouring.

Serve it with a mild sauce bordelaise or mushrooms sauce, not to denature the taste of Bison. 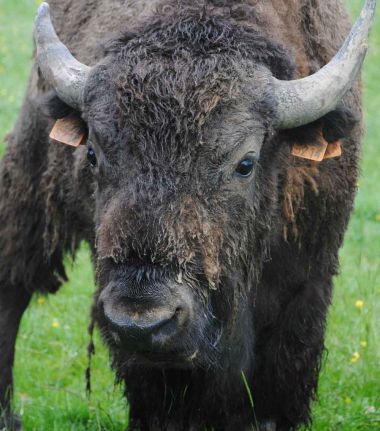 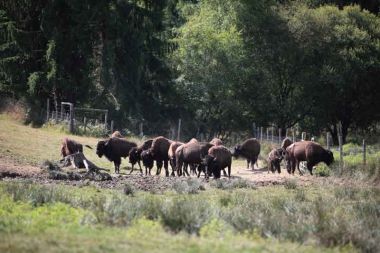 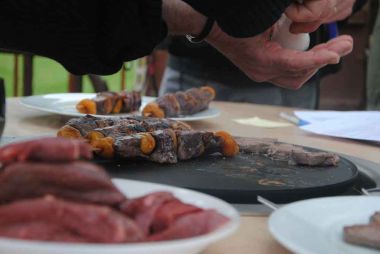