Dec
19
2009
Saint Jean de Cole is a town of 340 inhabitants located a few kilometres away from Kawan Village Château le Verdoyer between Thiviers and Nontron. A Member of the French association “ the most beautiful villages in France”, it offers a rich architectural heritage as a green and flowery landscape on the banks of the Cole.

The village history begins with the construction of the “Château de la Marthonie” and the Priory, during the 11th century by the Bishop of Perigueux, in the middle of a triangle Thiviers, Nontron and Brantome.
Protected by the castle, the priory becomes more important in the region and is rapidly extending its influence from Limoges to Perigueux. The village then benefits from this prosperity.

The priory and the castle, still standing in the heart of the village of Saint Jean de Côle, are not the buildings of the 11th century. Indeed, the Hundred Years War went through there and the original buildings were burned by the British in the late 14th century before being once again ravaged during the wars of religion.

The monuments we can see have been restored in the 16th century.

Just near to the priory, the church which also dates from the 11th century is open for visits.
The church of gray and ocher sandstone has an unusual plan, unique in Perigord, which is organized in a semicircle around the apse.

Besides the priory and the “Château de la Marthonie”, the village has some beautiful buildings like the timbered houses or the priory mill that can be seen from the roman bridge of the 15th century overlooking the Cole.

The village has several shops or restaurants, and every spring of the last 25 years, it welcomes the Flower Show of St Jean de Cole. On this occasion, the village puts on its finery and floral decorations. 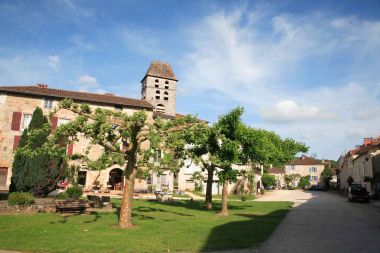 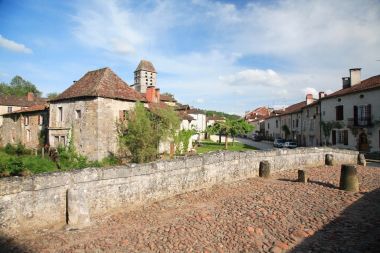 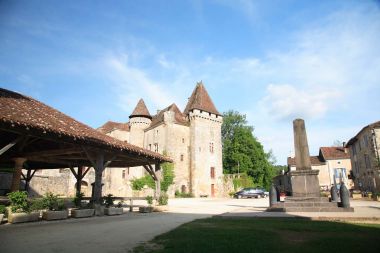 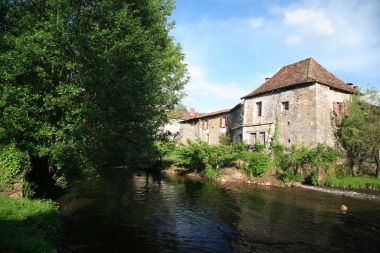 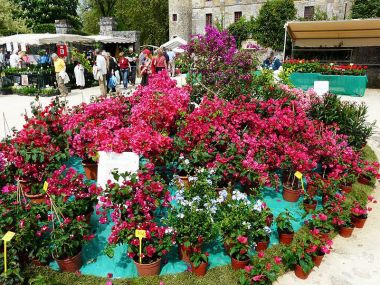 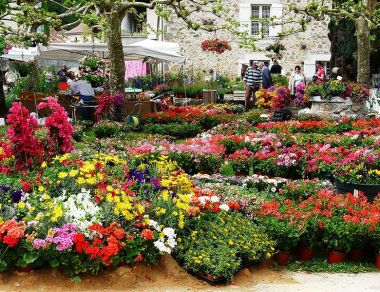 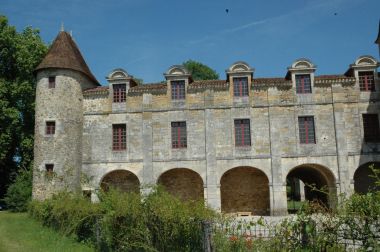 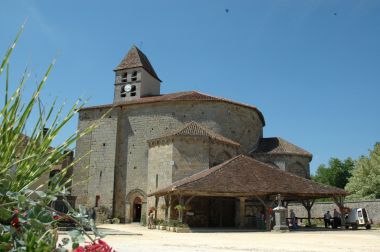 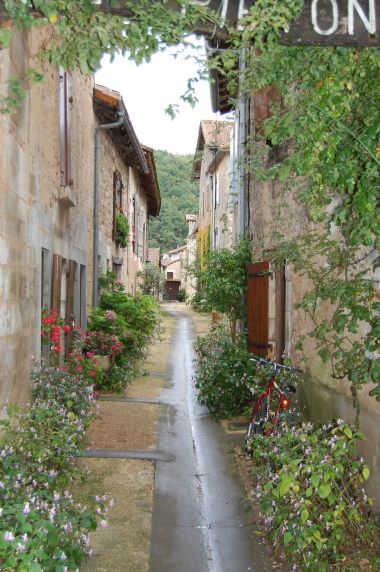