Men do not necessarily know, but the Périgord has many other treasures as the gastronomy, and if you take a closer look to the flora, there are even some varieties of wild orchids ... and they are visible on the Château le Verdoyer ...

Attention! This species are part of a protection program of the Regional Natural Park. You are are asked not to pick them!

This genus counts many varieties, of which five existing in the Périgord.
4 are very present on the territory of the Périgord Limousin Regional Natural Park. The fifth, Orchis militaris, is more in the south.
The etymology of the name comes from the Greek : "Orchis" meaning testicle, and refers to the shape of the tubers of the plant. This leaded to the fact  that the orchids are included in many grandmothers recipes helping to improve or impair fertility or to determine the sex of the unborn child.

The species is named after its root forms suggestive.
It grows frequently in late April - early May on the roadside, where its clusters of purple flowers, brightly colored, contrasts with the green grass.
This is a fairly common species, which cannot be confused with another in our region.

This species, which owes its name to its bright colors, is a jewel of dry grasslands on calcareous grounds. We can also meet them in the woods, where as the Orchis mascula, it blooms before leaves appear on the trees.
The plant is robust, often reaching 50 cm, with numerous white and purple flowers.

This species is named after the shape of its lip, the thin and curved lobes evoke simians members.
The plant is medium-sized, approximately 30 cm. The flowers have a headset rather pale, pinkish white.
This is a rare and protected specie in the Dordogne.

The name is obviously due to the shape of the lip that evokes a human figure.
It is a plant of medium size quite small with numerous and quite small Flowers. Their coloration is quite variable in intensity.
It is a plant liking full light and is fairly common in the area, around Thiviers. 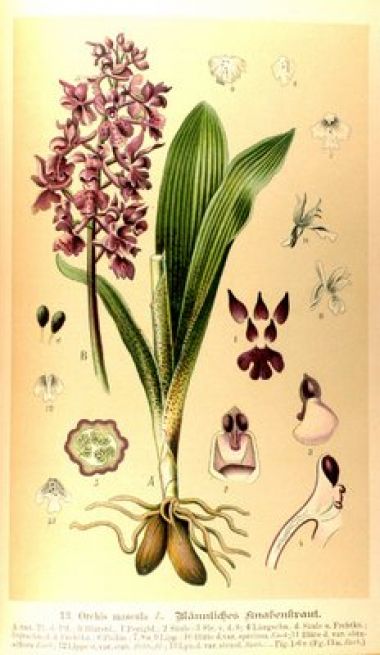 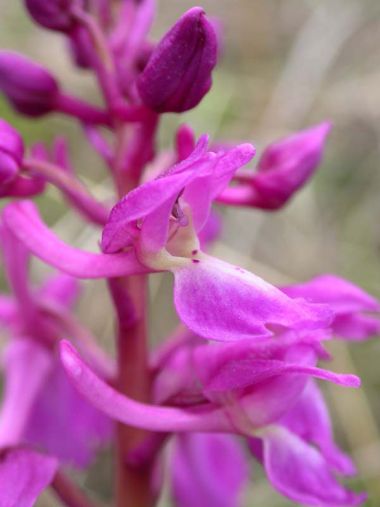 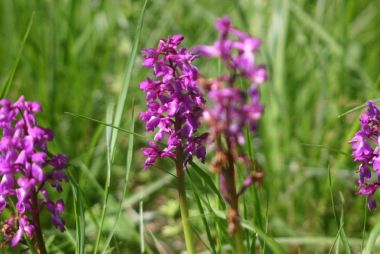 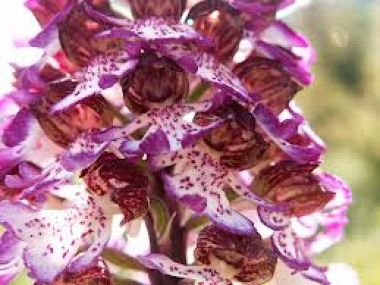 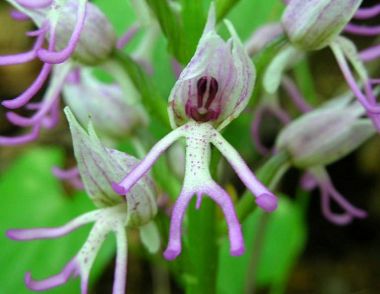 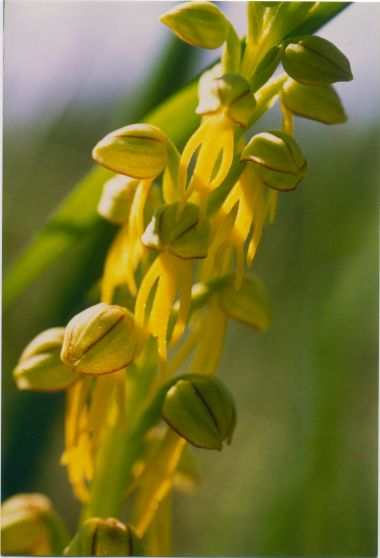