Périgueux, capital of the Périgord Blanc

Dec
20
2016
The Périgord Blanc takes its name from the whiteness of its rocks appreciated to the work of sculptors.
In the heart of it, you can find Périgueux, capital of the department Dordogne. City of art and history, dating back to the Gallo-Roman period, the city reflects its rich past in the narrow streets of the old town or the Roman ruins highlighted in the Vesunna museum.

Perigueux can be explained as you read a History book : you walk the districts of the city as you walk through the centuries, from Roman times to the renaissance or the 19th century.

The Gallo-Roman period gave Périgueux some arenas, turned into public gardens, or the temple Vésone whose high tower was built in tribute to the goddess Vésone in the 1st century. Despite its age, this tower is still impressive. Just near to it has been created the Vesunna museum. This museum has been built on the 4000 m² ruins of a rich Gallo-Roman house organized around a square courtyard. In fact you can see the ruins through the glazen floor of the museum.

The old town stretches in the Saint-Front district all around the beautiful cathedral of Saint-Front. Erected on top of a hill, the cathedral is one of the largest in the southwestern France and one of the most original. It was built in the 12th century and has become aa appreciated stop by the Pilgrims on their way to St Jacques de Compostela.
It was renovated in the 19th century by the architect Paul Abadie which was inspired then to draw the Basilica of the Sacre Coeur in Paris. It has now been classified in the UNESCO list.

All around the cathedral, the old city can be discovered through narrow streets, and, even if most of these are now for shopping, the fronts of the houses show the middle age traces or some finely chopped Renaissance mansions.

Perigueux in the 19th century

The story of Perigueux does not end in the Middle Age since in the 19th century, major works have provided the city of wide boulevards, very Haussmann style.

Use your stay at Château le Verdoyer to pay a visit to Périgueux and the same opportunity to discover the history of Périgord.

To learn more about Perigueux www.tourisme-perigueux.fr 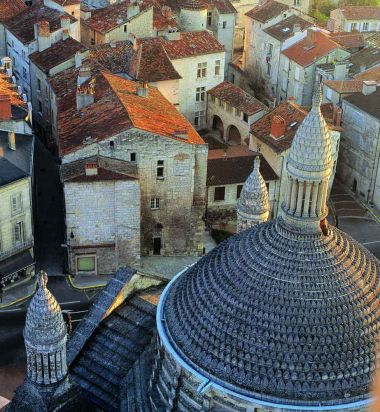 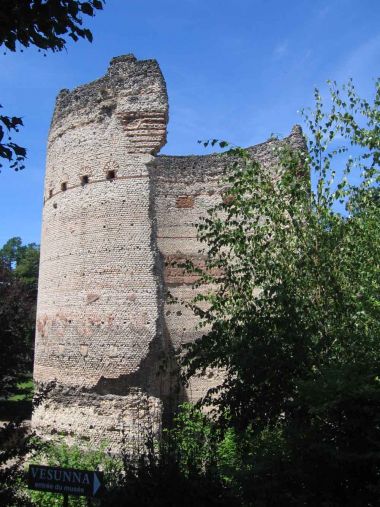 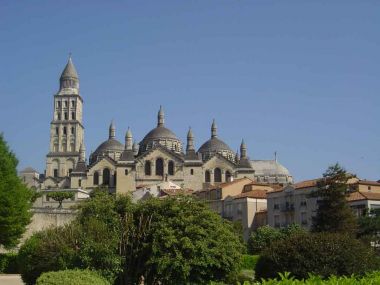 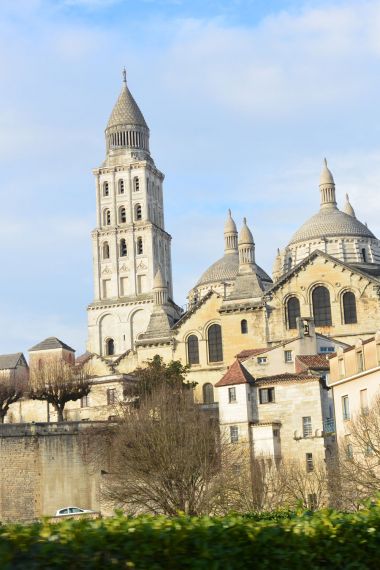