As I hear the train whistling ...

Like many French departments, in the early 1900, our region was part of the development of the railway, called by the ancients "Les Tacots du Perigord" ...

Very helpful to reach the market of Piégut (still the largest in the area, to be visited on Wednesday morning), the old train from Saint Mathieu to Saint Pardoux la Riviere was inaugurated in 1912.

Indeed, the train entered our site through the current pitch 17, stopped at the corner of the building (near the toilets) to go straight to the parking place (that's why this road was carved into the rocks).

It then passed by the white chalets, crossed the dam of the adjacent pond to go to Saint Saud Lacoussière.

It did not go to the village, stopping at 8:44 in front of the ostriches farm at the Railway station that still exists (now the public weighing device) next to the Hotel de la Gare ...

The train then crossed the road to Champs Romain where it arrived at 8:56, at the (also still existing) station.

In Champs Romain existed then the “Hotel des Voyageurs”, a popular restaurant, runned by local families : Treny, Faure or Fredon.
The sawmill near the railway station also use it to send the chestnutwood for constructions.

The end of the journey was finally Saint Pardoux at 9:25. imagine, 2h30 after its departure!

On the way back, the schedule was not always respected: if the train was overloaded, it had to tow one by one each wagon uphill to Champs Romain. Sometimes, even the passengers were asked to get off the train.

The railway has routed through the Perigordian lands and woods, on its way to Saint Saud. Then a stop (optional) at Château le Verdoyer, widely used by the different families living in the castle or nearby village and then get to the pond “les Gravoux” for a stop.

The Abjat sur Bandiat station, or at least what's left of it down the village, opposite the house and the old sawmill of Mr. and Mrs. Andrieux.

His mother was the station chief during the entire activity of the Saint Pardoux - Saint Mathieu line. Previously, she lived in the village and every day, summer and winter, Through all weathers, at 5am, she took her lantern and went to work.
So later, they did build their house and sawmill near the railway station.
In addition to all the passengers, the train transported lots of wood which was transferred on the riverboats, as well as all metal worked in the “forges”, so many in the Périgord Vert ... but that's another story!
Articles Régions 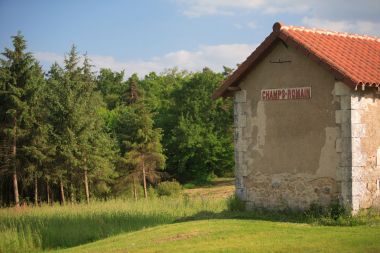 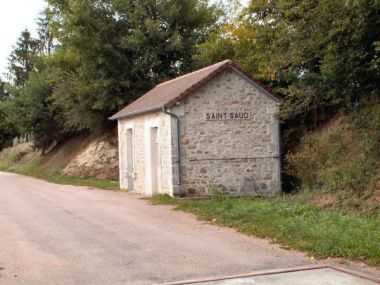 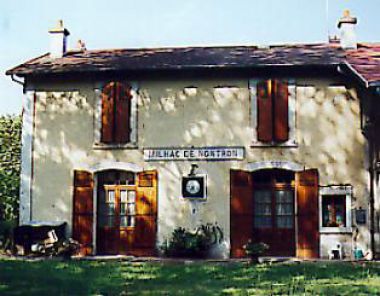 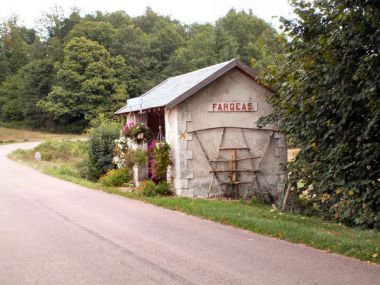 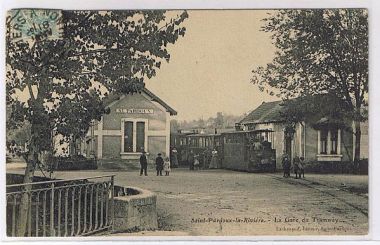 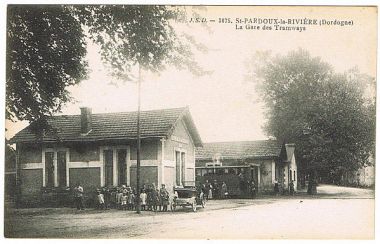