Jumilhac le Grand : a castle is protecting you...

Located a few kilometres from the Chateau le Verdoyer away, the village

Jumilhac-le-Grand offers you an impressive medieval castle. Who, in his time, served as a defence location to defend the borders of the Perigord and the Limousin.

We recommend you to go and visit this castle, at least once during your stay on the campsite.

The château de Jumilhac was built in between the 12th and 15th century, with as aim to give a ‘safe’ place to the people of the village during the wars.

However, this castle has never ceased to evolve, grow and be rebuilt. All this thanks to the multilingual wars through several centuries.

But eventually he finds his current appearance back in the 17th century, whereby the square towers and the outbuildings were converted into accommodations and visitor halls.

You can already see the castle from far away, due to his high blue slate roofs. It is in the renaissance that the castle was covered by the present roofs in point form, and that this all was decorated with stately and alchemical allegories, which are unique in France﻿.

The castle is as interesting inside as outside. Inside the castle you can find several high-quality construction documents (main hall covered with wood panels, parquet in the ‘versailles’ way, ceremonial staircase of Louis XIII or the chimney of Louis XIII with an interesting piece of woodcarving), and this all completed with precious furniture.

To enjoy the visit and to return into the medieval time, they organize night visits. Here you will be guided by a character from the Middle Ages, who tells you his story and the legends out of the medieval time; This all told in the light of candles and torches.

In the 17th century, the marquis of Jumilhac, had the idea to equip his castle with twelve terraces.

These terraces where built on the same rocky ground as the castle, and not just twelve terraces next to each other, but in stepped form towards the island 45 meters lower.

However, due to various circumstances, there are only 2 of the twelve terraces remaining until the 19th century. As if there was not enough work done in the 17th century, the present marquis of Jumilhac decided, in 1995, to renovate the gardens and give them the look like in 1777 back.

Today you can visit the gardens in several ways; with a guide, alone or during a recreational visit.

For more information about the castle and the visits, see the website of this stunning castle : www.jumilhac.net. 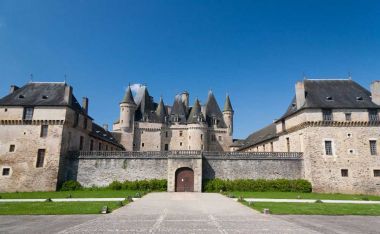 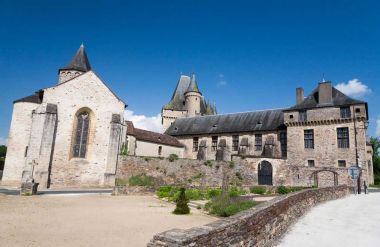 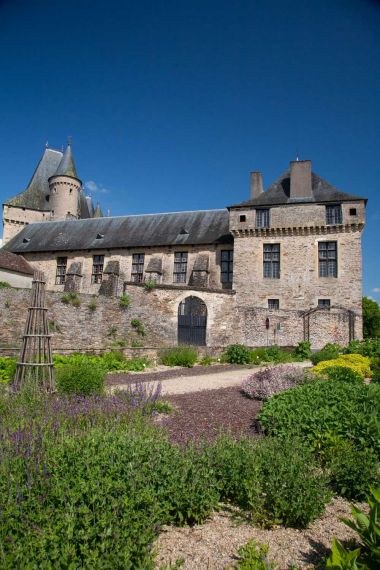 Home Jumilhac le Grand : a castle is protecting you...