On the banks of the Dronne river, not far from Brantome, approx 30mn from Château le Verdoyer, the charming village of Bourdeilles, enjoying a beautiful setting, has a beautiful castle.

Come to the village of Bourdeilles using the tourist route that leads to Brantome, driving between towering rock cliffs and the Dronne river, you first see the castle tower that stands above the village.

The castle is actually composed of two castles. The high tower is an octagonal tower, 35 meters high, which was built during the first life of the castle in the late 13th century. At the same period than the stone walls.
It was later, during the 16th century, that he has been completed with an elegant Renaissance castle.

One of the most beautiful views to admire the castle is below, near the old bridge over the Dronne, where the river tumbles down small rapids.

Part of the Renaissance castle still houses ceremonial rooms lavishly decorated with prestigious furniture set. This collection may be discovered during a visit of about an hour.

Besides those castles, Bourdeilles is worth a visit.

The village is charming with its church located on the banks of the Dronne, its old bridge in front of which can be admired today, in the water, sculptures from Betty Arab and Laurence Orchard, called "the Fat Madams".

The rest of the village shows a thriving medieval past with many old buildings.

I must say that Bourdeilles was once one of the four Baronies of Périgord. 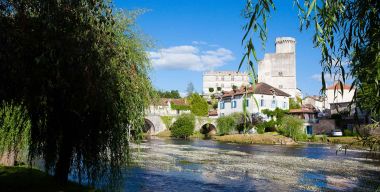 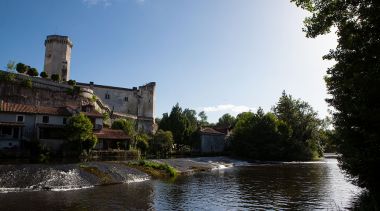 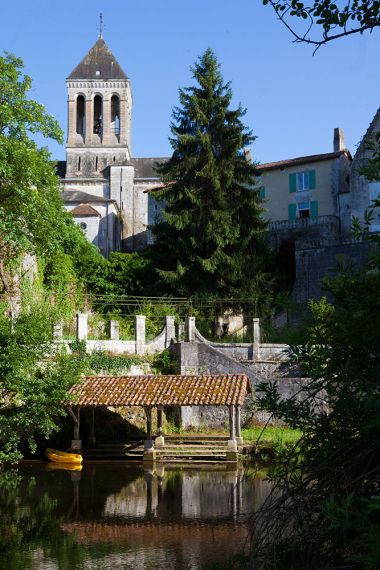 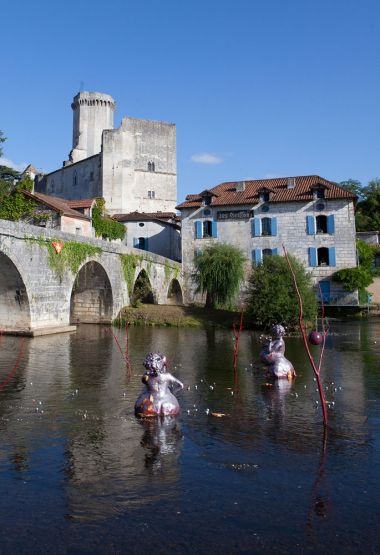 Home Bourdeilles and its castle...