Brantôme, the Venice of the Périgord

Dec
23
2008
Raised on an island, at the gates of the “parc naturel Périgord Limousin”, the charming city of Brantôme is one of the most beautiful village in the Perigord Vert. the large abbey, located on the banks of the Dronne, free from a high cliff, is one of the most interesting monuments in the region.
One of the main strengths of the city of Brantôme is surely its natural situation. Among the gently rolling countryside of the Perigord Vert, it is indeed nestled between two arms of the Dronne, free from a cliff where the beautiful Abbey huddles.

The history of Brantôme goes back very far. In prehistoric times, men occupied the rocky overhangs dug by the Dronne. The « dolmen de Peyrelevade » (Pierre Levée in old french : raised stone) stands today as a testimony of religious events of that period. From the 8th century, the Benedictine monks took advantage of the natural shelter provided by the cliff to settle there. Ever since then, the abbey keeps growing. Tradition says it has been consecrated by Charlemagne.

Destroyed during the Normand invasion from the end of the first millennium, the abbey has reborn in the 10th and 11th centuries including the construction of the Roman clocktower still overlooking the abbey today. It is one of the eldest of France

The hazards of history and especially the English occupation will see parts of the abbey be destroyed. It is rebuilt in the 15th century in a Gothic style. In the 16th century, the abbey continues to grow with a palace and a garden of Renaissance style.
The abbey has been transformed into a cultural center including a library and several exhibition halls one very nice called “le dortoir des Moines” with a beautiful frame. You can visit the abbey and some troglodyte vestiges from the first monastery. A circuit of 600 meters, leads the visitor through a historical journey which culminate with the “grotte du Jugement dernier”.

Visit of the Old Town

Apart from the Abbey, Brantôme offers various walking possibilities : The old village switches from the Middle Age to the Renaissance period and is full of beautiful buildings such as the “Porte des réformés” or the former church “Notre Dame”. Near the abbey can be enjoyed former gardens of the abbey where stands the Medici fountain and the tower St Roch. This tower was built in the 12th century and used to close the site of the abbey. It was probably completed by a second tower, now replaced by the elegant building “Pavillon Renaissance”.
Some of the most beautiful views on the abbey and it’s esplanade are out of the bridge over the Dronne river, under which we see many go canoeing in the summer. It also joins the “Jardin des Moines”, a very nice park where you can feed the ducks swimming in the waters of the Dronne.
One of the best moment to visit Brantôme is on Friday morning : Market day. The city comes alive and gives you then the opportunity to taste some the local specialties that make the gastronomic reputation of the Périgord.
Articles Régions 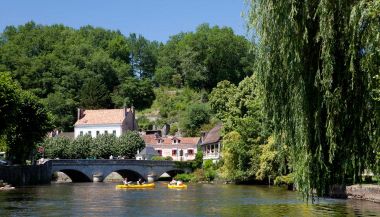 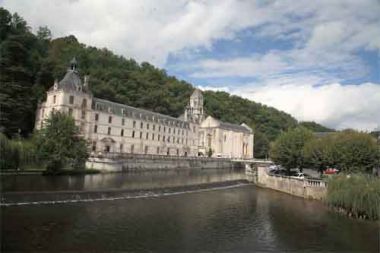 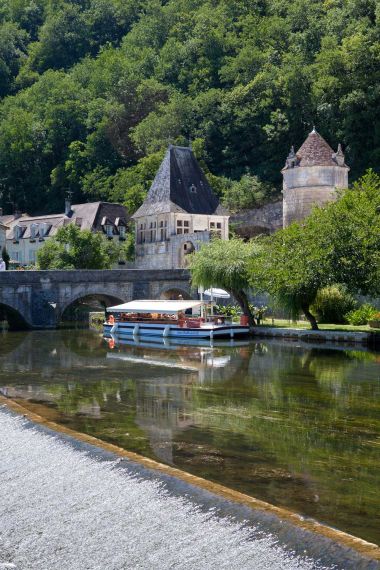 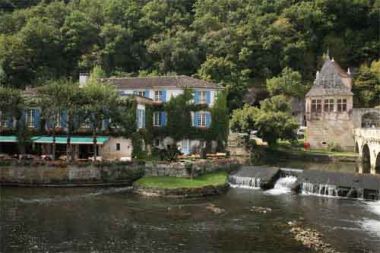 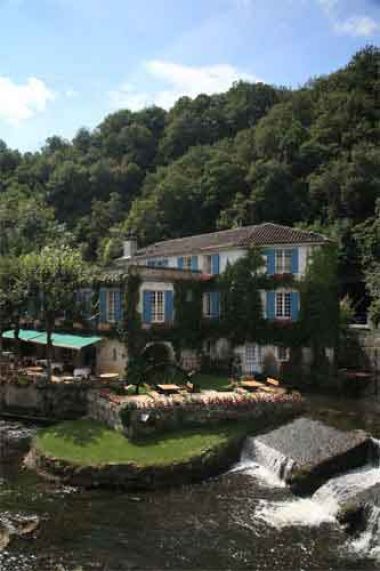 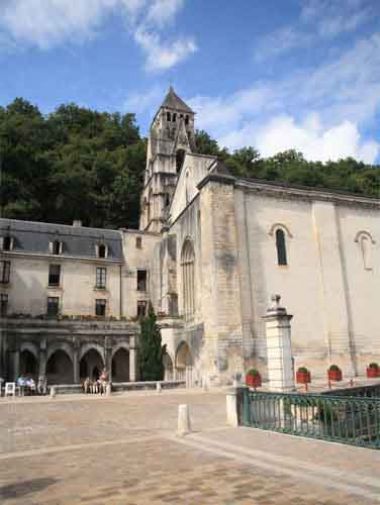 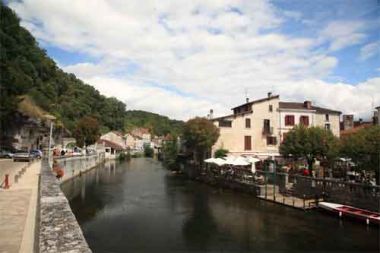 Home Brantôme, the Venice of the Périgord