Behind the facade of the Abbey of Brantôme

On the banks of the Dronne, the abbey of Brantôme hides many secrets. Together with Julie Martinet, director of the Brantôme tourist office, we propose you to discover some of the treasures hidden behind its facade.

Brantôme is a regular topic. It is indeed true that this village nestled in a bend of the Dronne, just 20 minutes from Château le Verdoyer, is one of the jewels of Périgord Vert. It is one of the most pleasant place to walk, especially on market days.
In particular on the esplanade which runs alongside the superb Brantôme abbey. With its bell tower which is one of the oldest in France, its white stone facade and its 16th century bridge, it is for sure one of the most popular and beautiful holiday picture of our guests.

How many, however, got inside the abbey? Because, beautiful as it is, this abbey is only a showcase for the true jewel of Brantôme. Behind the main buildings, you will indeed discover a series of cavities carved into the limestone cliff on which the abbey rests.
The latter date back to the beginning of Christianity and were then used as a refuge for men and then for hermits. It is in one of these cavities that the monks carved, in the 15th century, a superb bas-relief. This is the cave of the "Last Judgment".
The cave actually houses two bas-reliefs :
The first on the right represents the crucifixion.
The second, the most important, is carved in the back of the cave. Some 8 meters high, it tells, in a style reminiscent of works of art brut, of the Last Judgment. This sculpture where death and its scythe occupy a central place is complex and full of details.
You can enjoy it as it is, if ever you want to decipher all its symbols, we recommend that you choose the guided tour.

Above the bas-relief, you will not fail to see the 240 holes in the wall. The cave was also used as a dovecote for the monks who appreciated the flesh of the bird.

In addition to its bas-relief, the abbey also houses a fountain to which miraculous virtues are attributed. In particular on fertility. This is the Saint-Sicaire fountain.
Saint-Sicaire is a child martyr whose relics Charlemagne would have brought to Brantôme. Whether you believe in its powers or not, it costs nothing to dip your fingers in it! 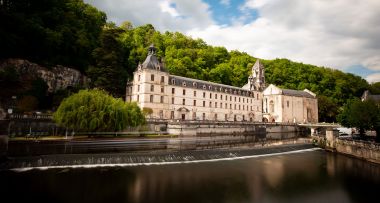 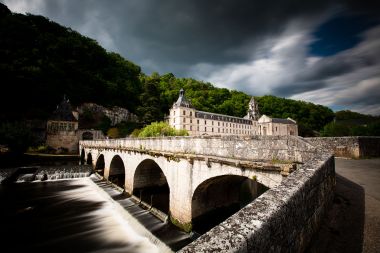 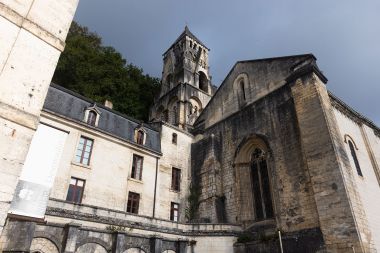 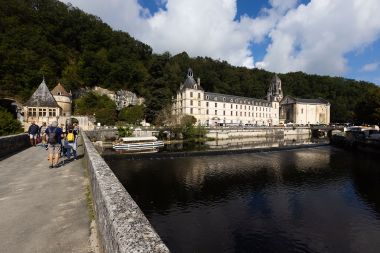 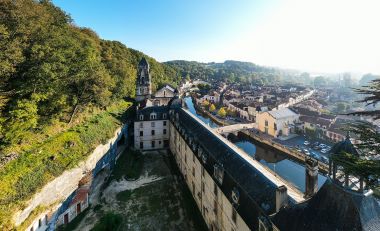 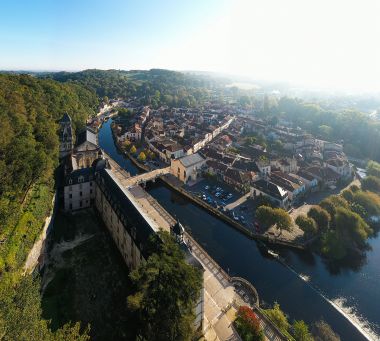 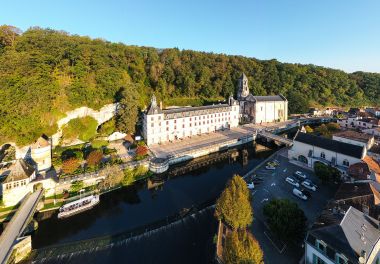 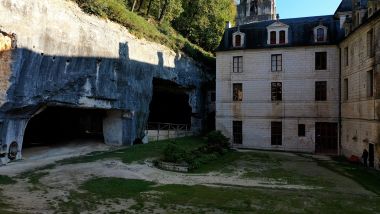 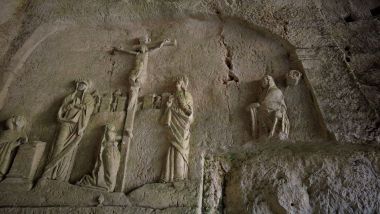 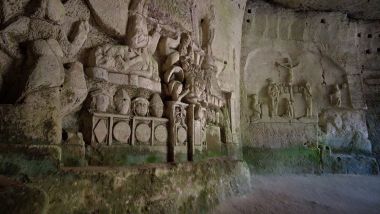 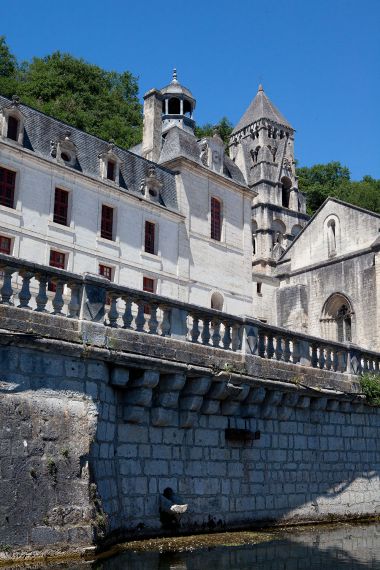 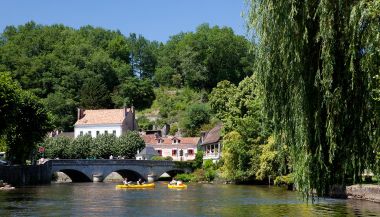 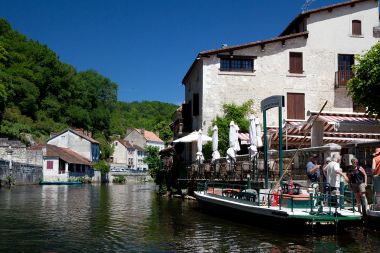 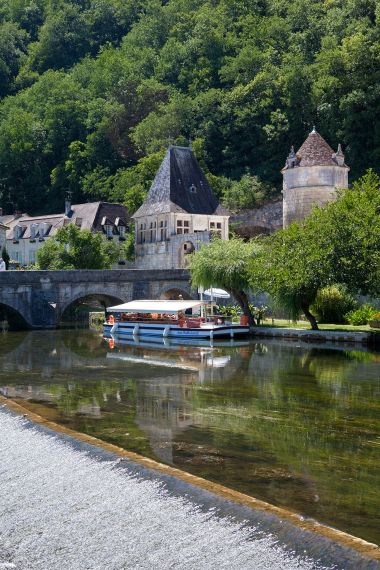 Home Behind the facade of the Abbey of Brantôme